So, unless you live under a rock you have seen the recent raid in Massachusetts that happened to a Golden retriever breeder.

The quick version is that after 17 years the ACO In Millis Massachusetts finally fulfilled her vendetta against Linda Pernice and managed to get her dogs removed.

As this case is unfolding pretty much as I type there is not a lot of information out yet. Thankfully we have been contacted by someone who claims to have first hand knowledge of what a farce this seizure truly appears to be. (Yeah, we have verified the anonymous informants information and claims so don’t bore us by going there.)

Once more details officially come out we will share more in depth about this breeder and her journey. For now just know her biggest crime seems to be that she is a breeder and what makes this situation worse is people in the show community are (as usual) refusing to support this breeder because she has committed the worst sin in dogdom… Wait for it…..

SHE DOES NOT SHOW HER DOGS!

Thankfully most of the people reading this blog are capable of critical thinking and understand that people, yes, even the great unwashed general public deserve to be able to purchase purebred dogs and that we NEED pet breeders.

All that is for another day though. Today I want to introduce you all to the “rescue” that now has the dogs.

Sweet Paws Rescue is, according to them “A registered non profit animal rescue based in Massachusetts.we are a grassroots, boots-on-the-ground, Shelter list, foster based and volunteer powered organization. We can really work with in two of the poorest counties in Mississippi and Alabama and since 2011 we have rescued over 7000 puppies, dogs and cats that would not have a chance at life otherwise. We are also a local resource for the abandoned and displaced, and animals seized in cruelty cases.” (There is more but I’m not skilled enough to copy and paste it and got tired of typing.)

So noble, it almost sounds like it is being run by a White Knight from the days of yore.

Well, I know it has been a long time since I have blogged, but when I started researching what this rescue is really about I got so upset I knew I had to share. I can assure you that they are the furthest thing from the image they attempt to foster as is possible.

As you can see here from their financials they have a net assets of $247,977. That is after their revenue of $537,493 and their expenses of $428,482. They don’t do too bad, and I will include the link at the end of this blog for everyone to follow if they want to see all of the information. 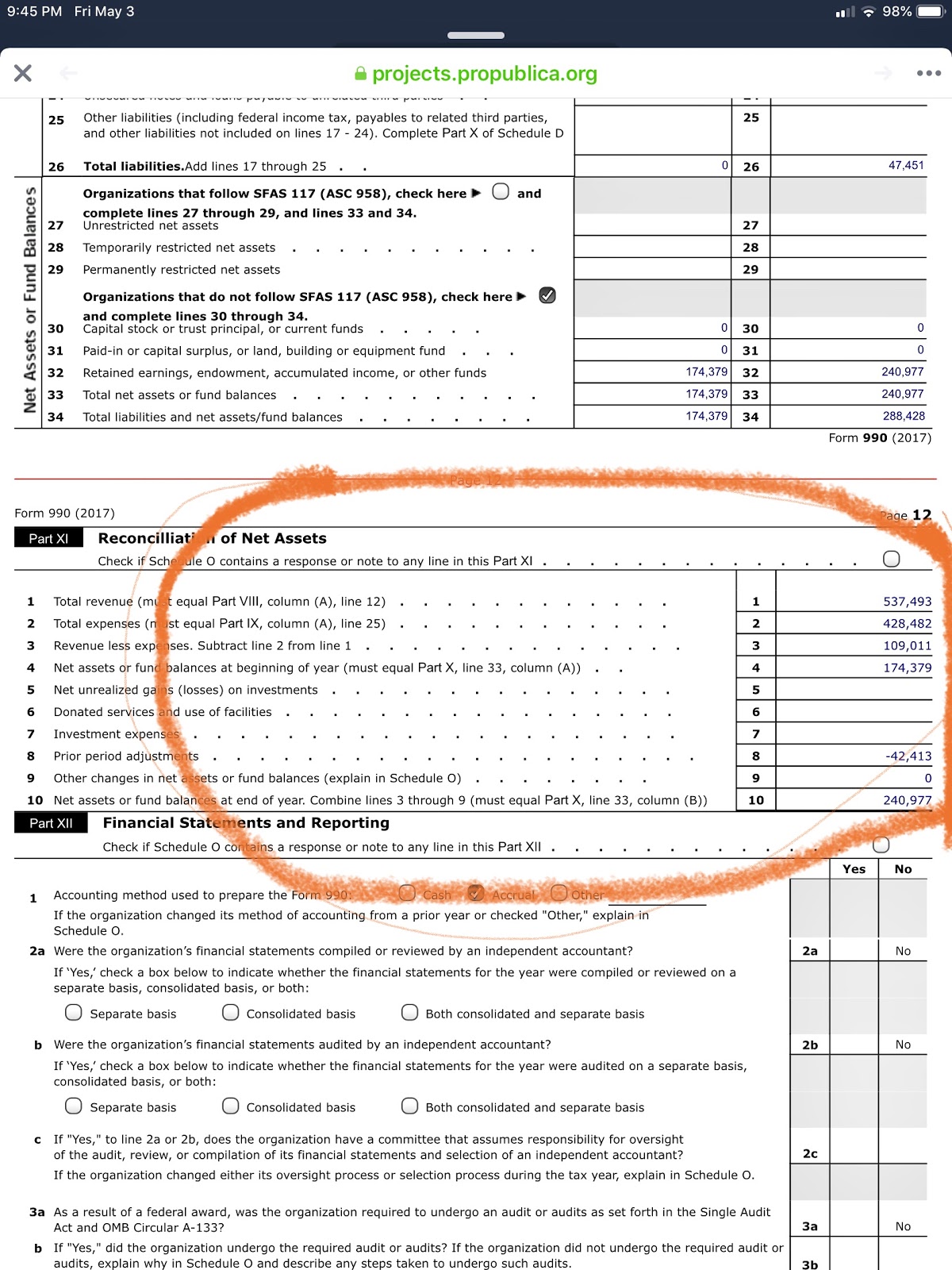 Interesting, that with that money coming in and with $240,977 in the bank by their own admission where the dogs are kept is in constant need of repair and the people in charge of repairing it have to beg for help with free tools to make repairs. Why can’t this rescue be bothered to spend a few hundred dollars and purchase proper tools? 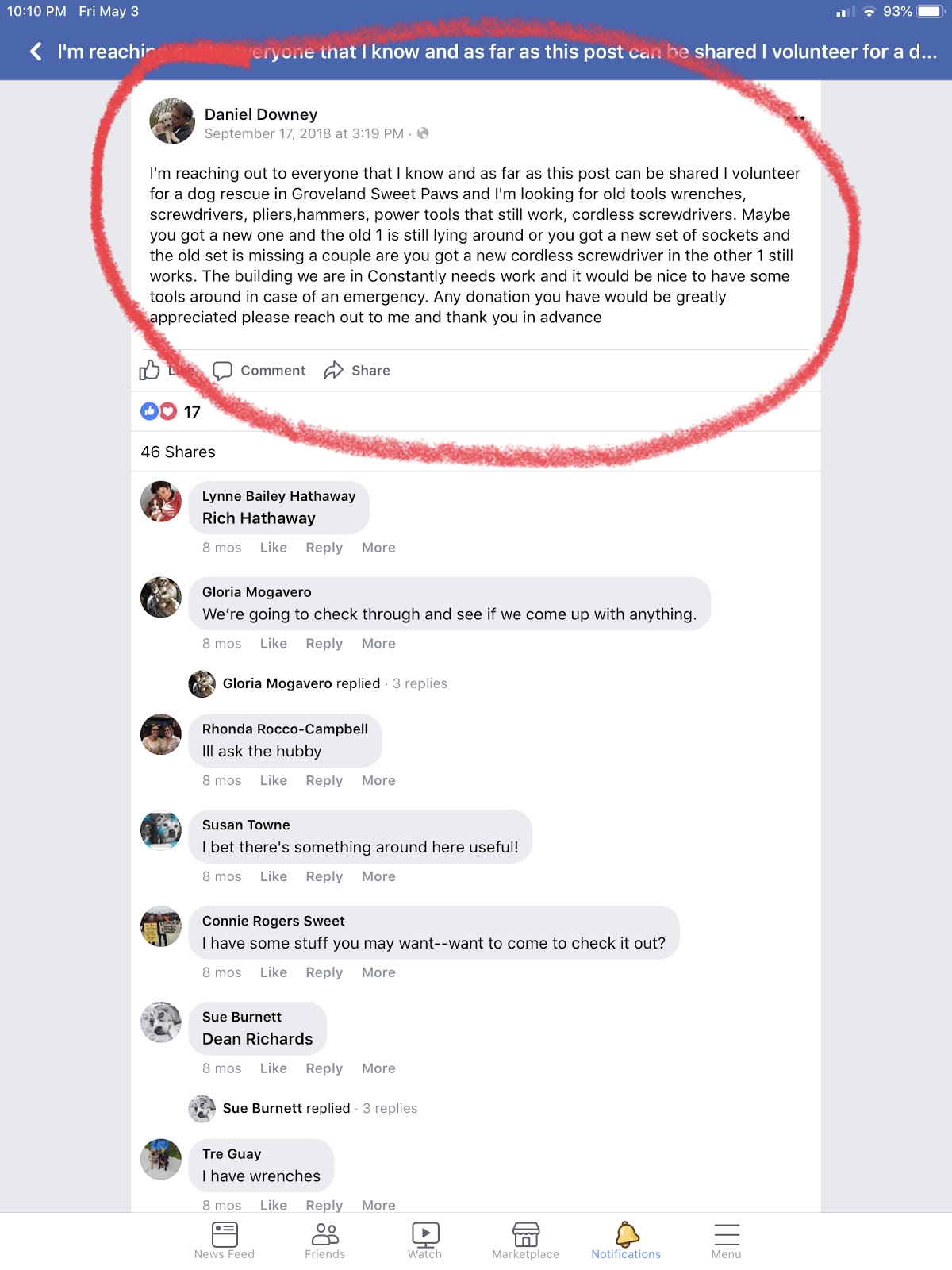 With $240,000+ in assets they seriously can’t buy a few tools? Where is the money going? Why isn’t it important that they maintain their facility appropriately? I would think that would be one of the main concerns and that they would not be miserly in that situation.

That’s just a matter of me being curious to be honest. I really would love to know the answer though, maybe the people in charge will message the page and let me know. I do know that the owner of the rescue Cynthia Sweet has her rent, cell phone and gas paid for by the rescue, other than that though she claims to pay her own bills. But more on that next blog.

It seems to me this rescue knew they would be getting a windfall of purebred dogs in the near future and didn’t want to bother with their usual product of southern dogs. (I will go into those details in a future blog.) As we all know, as much money as there is to be made with miscellaneous rescues, purebreds are where the money is at. 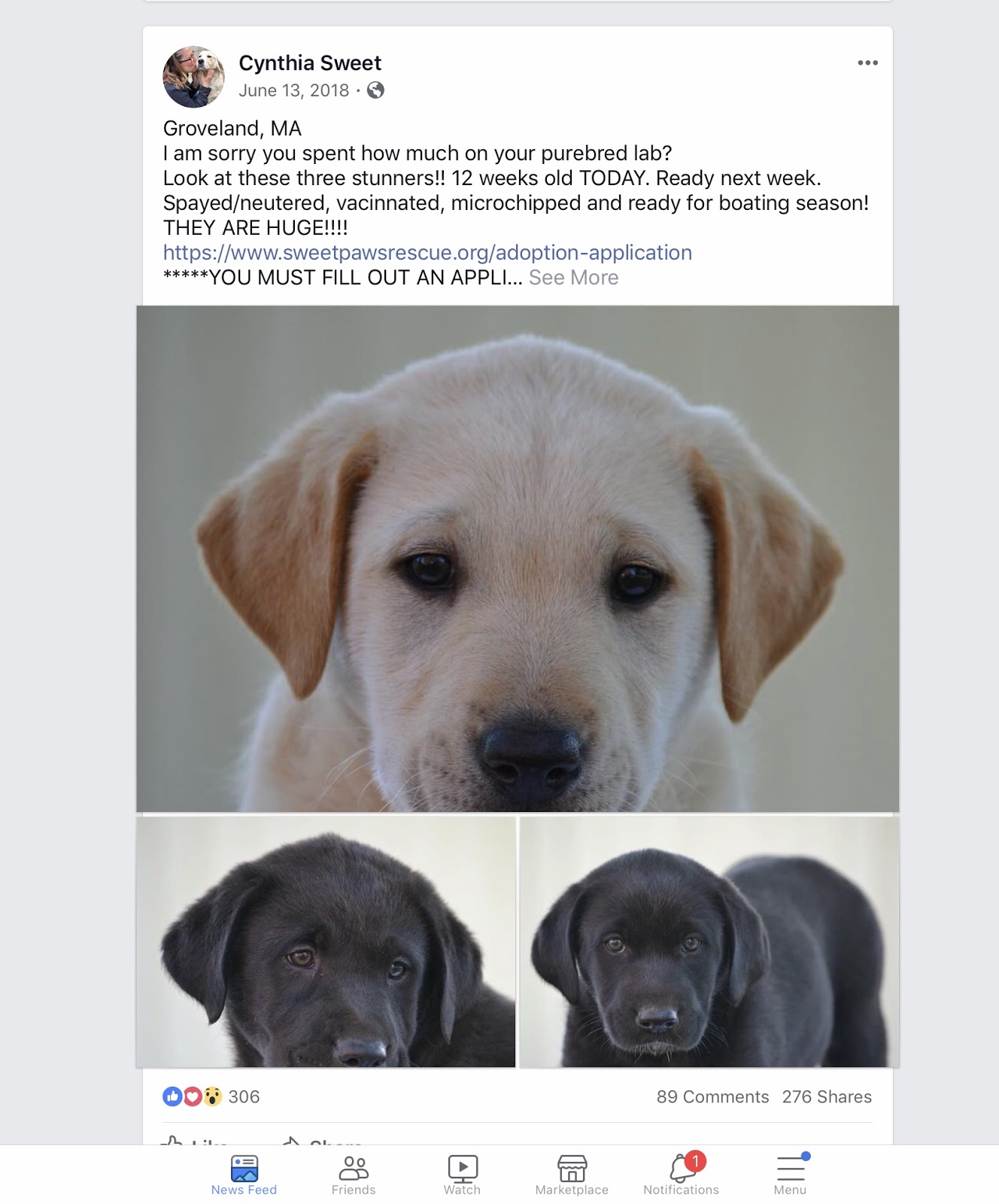 You know what they say...Follow the money!