Since 2007, the racing greyhound community has contributed almost 10 million dollars to the Florida school systems. If Amendment 13 passes, that is just one of the major losses for the state.

Let’s look at the impact in Palm Beach alone. Remember to multiply that amount by every track in the state—the effects would be terribly devastating.

Here are the PBKC’s economic impact and community contributions (2017)

Now that we know the financial loss in JUST Palm Beach alone, let’s think about the rest of the state.

Let’s consider the 3,000 humans that will be out of work. Many of these people have worked in this industry their entire adult lives. They may be second, or even third generation “dog people”

Grey2K and H$U$ employees do not need to worry about their next paycheck—the millions of dollars in donations, generated by misleading propaganda will keep them going forever. 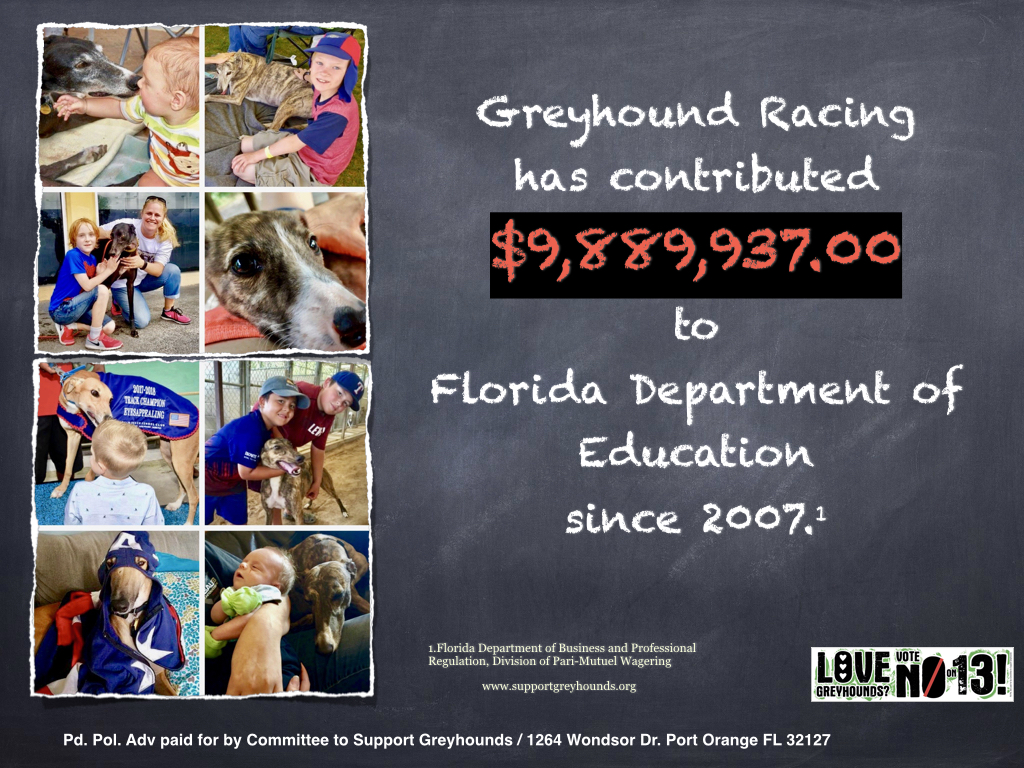