I’m still reeling over Judge Amy Ignatius’ decision to give all of Tina Fay’s Great Danes to H$U$ - the very people who have warehoused them for over a year. I came to this late so I went back to look at H$U$’ claims again. Being a Husky gal myself I was not familiar with a lot of the ailments that they mentioned so I set off to do some research.

The first one that was brought up quite a bit is something called “cherry eye”. These made for some very sensational pictures, and admittedly is a little creepy looking. Turns out this not uncommon or life threatening, and in fact at least one dog was scheduled for surgery (you have to assume the $25-$30k per month Tina spent at the vet was not just for rabies shots).

What is Cherry Eye anyway? First, there is a real medical name if you want to do your own research - Prolapsed nictitating membrane gland or PNMG. When the tear gland flips upward (prolapses) out of its normal position under the eyelid and becomes inflamed, the pink, bulbous protrusion is what results at the corner of the eye, descriptively referred to as a “cherry eye.”

Cherry Eye or PNMG, a disorder of the nictitating membrane (NM), is also called the third eyelid.

Cherry eye is most often seen in young dogs under the age of two, however it can occur at any age. And according to a retrospective study of 155 cases in 2012, the five breeds that were most commonly affected by this bilateral condition are: French Bulldog, Shar Pei, Great Dane, English Bulldog and Cane Corso's.

Cherry Eye in dogs is not a life threatening condition, but if left untreated can cause your dog eye problems later on. The importance of the third eyelid is to give added protection to the dog's eyes.

According to ASPCA, Pet Insurance claims data indicate the most common dog illnesses are eye infections, gastroenteritis, cancer, skin infections, and ear infections. With one of the prevalent eye-related dog illnesses being cherry eye.

Other sources also say that the surgery is not a guarantee the cherry eye will not return. Sometimes, the membrane or "third eyelid" becomes dislodged again and the surgery must be repeated. This tells me that Tina could have also already had the procedure performed, and we know that she had at least one surgery already scheduled when the dogs were ripped from their home.

So how much is this surgery? Based on my research the amount can vary widely. The exam itself is around $150-$200 with the surgery starting at around $250, going up from there, some report spending over $1,000 in extreme cases. Of course H$U$ had medical services donated. I wonder if H$U$ is asking Tina to pay for donated medical services – it’s not like they were required to submit receipts for the outrageous amount they asked for – and for which they were rewarded.

So what does this tell me?

This is NOT a case of abuse or neglect, just an unfortunate but common occurrence.

Tina could have already had surgery performed on some of the affected dogs.

H$U$ and the media, as always, are just looking for what they can sensationalize. 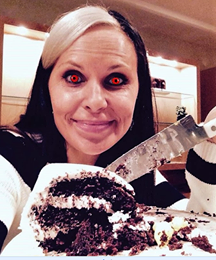 Now off to research Happy Tail and Papilloma’s Virus.