Why won't some shelters just do the right thing? 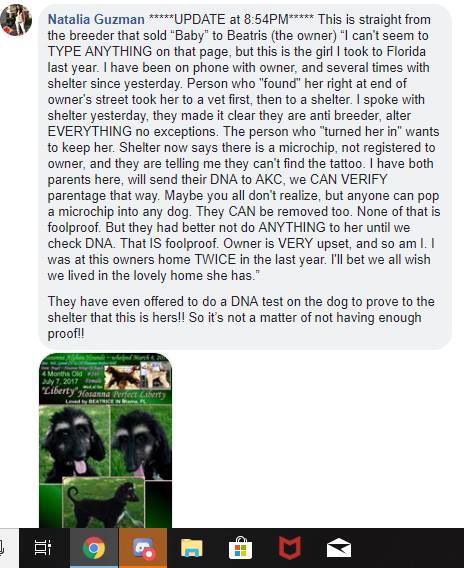 Shame on Miami-Dade Animal Services (MDAS), they had a chance to do the right thing yet chose not to. This is why shelters and rescues are coming under fire so often these days. It used to be that a shelter would find a stray, try super hard to find the owner, send the dog home, happy ending time. Not in these modern times though. That’s just not how many shelters and rescues work these days and it’s not just sad - it’s sick.

What is going on with MDAS in the last two days is a perfect example of why so many people who love animals are becoming disenchanted with rescues and shelters across the country. This story is developing even as I type, so keep an eye on the P4 page for updates.

Basically what happened is two dogs got loose and ran away. Sadly, one was hit by a car and killed. The other one, a stunning Afghan Hound bitch named Baby was picked up and brought to MDAS. The owner and friends had been frantically posting on all the local pages, getting flyers made etc, when someone spotted the post by MDAS saying that Baby (who the shelter named Melody) was available for adoption on June 21, 2018. The owner promptly went to MDAS with all the paperwork, AKC papers, vet info, etc. The shelter staff took the papers out back, then after a while came back and told the owner it wasn’t their dog, that the microchip didn’t match. Now, that may work with a Yellow Lab, but this is an Afghan with distinct markings and you don’t generally find the breed running amok in Miami. The chances of the bitch being a different Afghan are the same as my chances of being the goalie on the winning World Cup team, .00000000000000000000000001%.

This is the screenie of the shelters post, which I think is taken down, or I may be blocked. 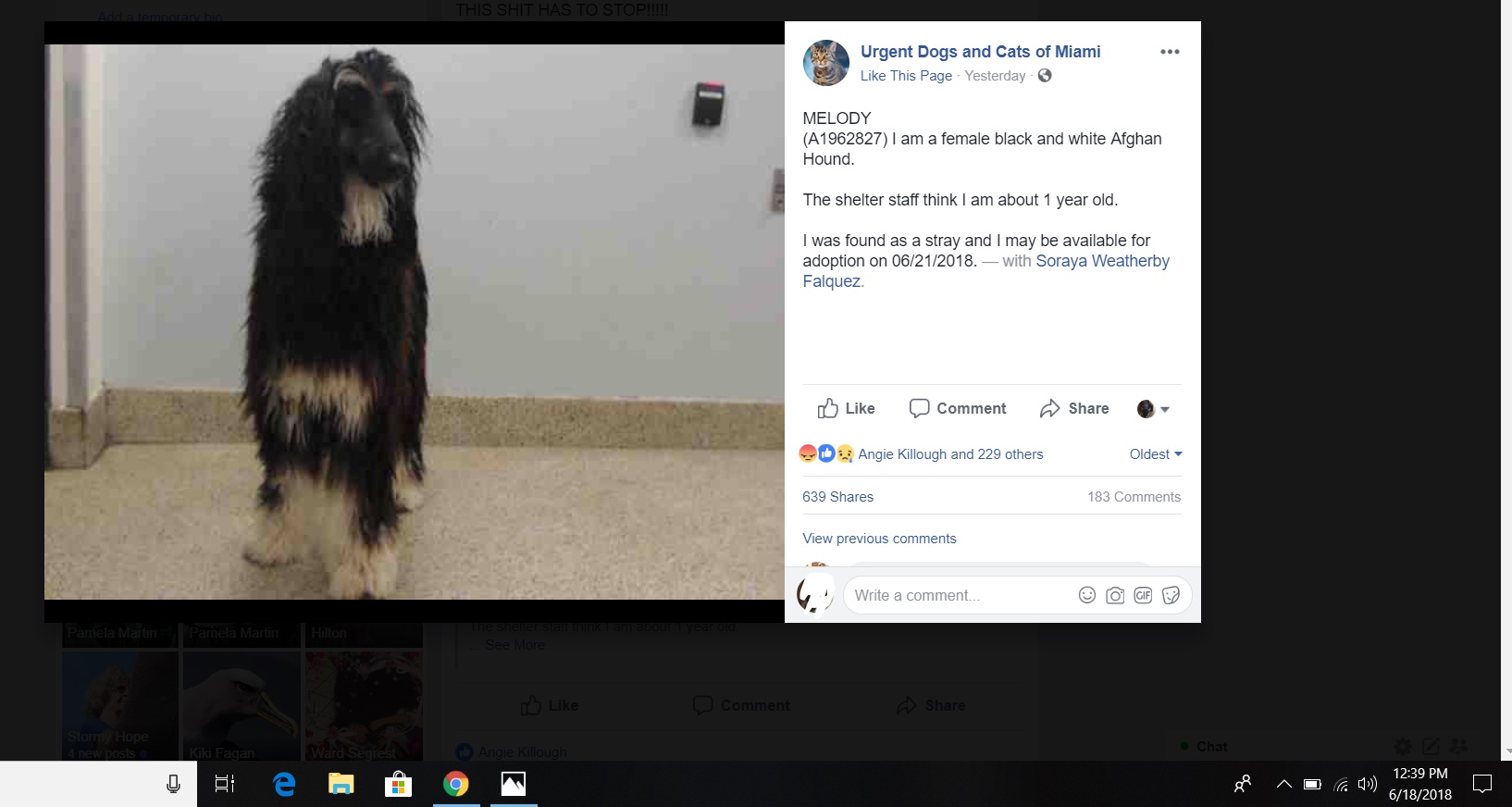 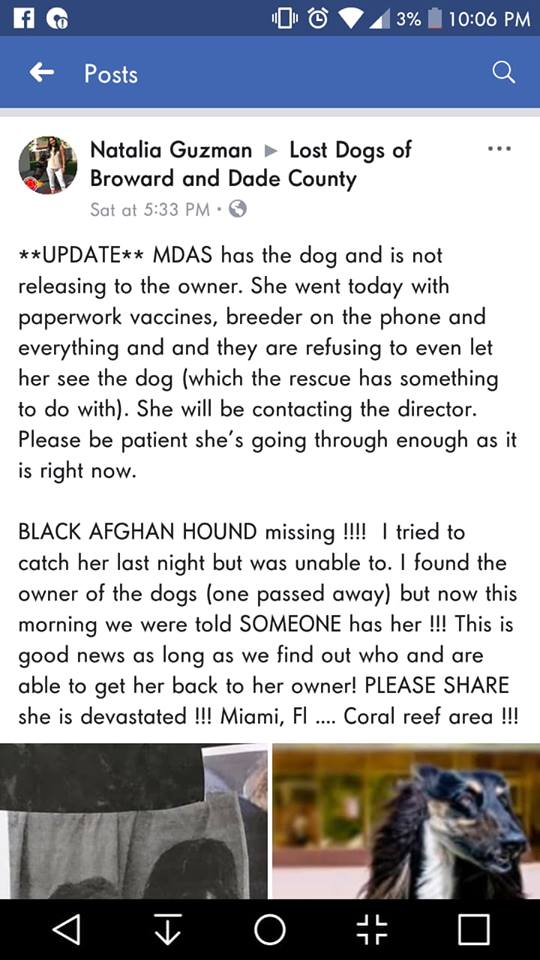 Here are some screenies of the post where the shelter tries to backpedal but gets called out. I am SO VERY PROUD of all the people standing together against this theft! 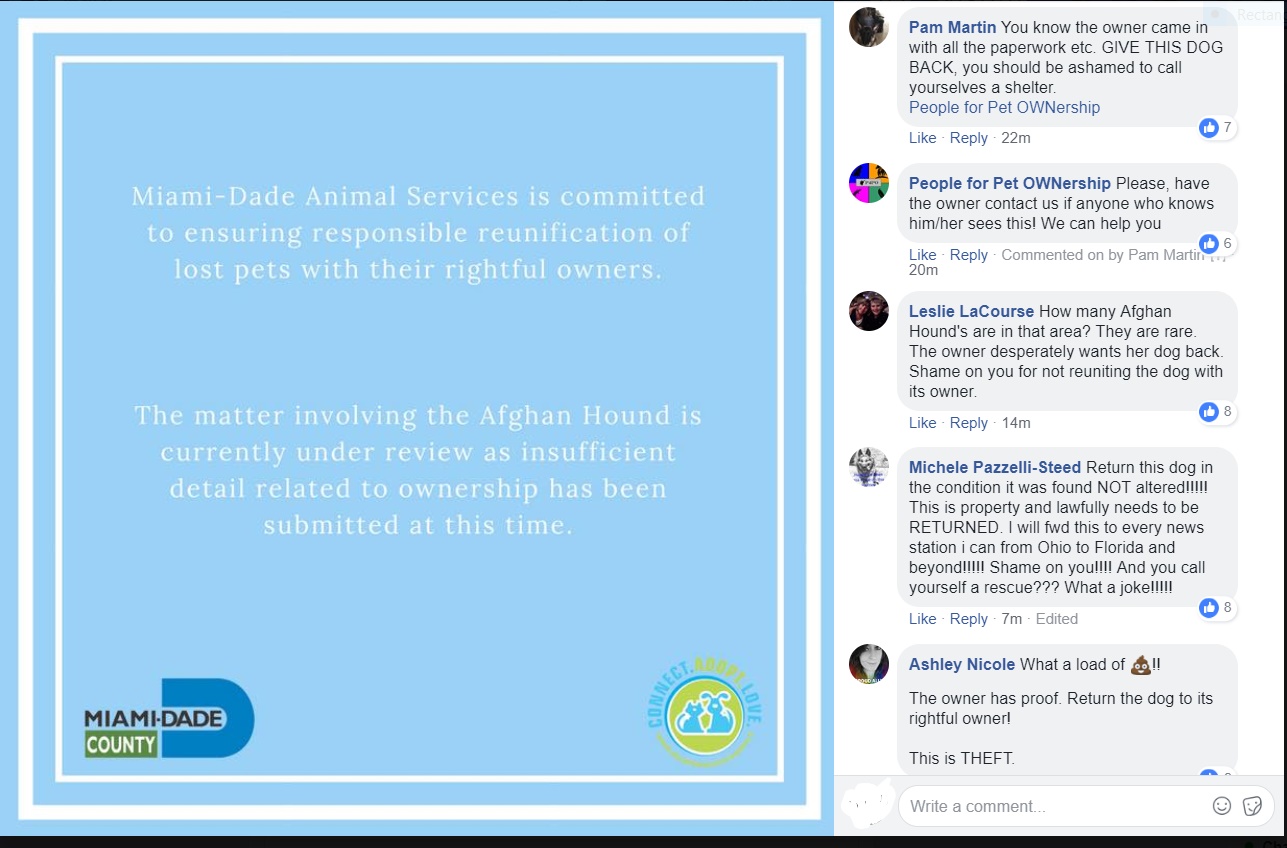 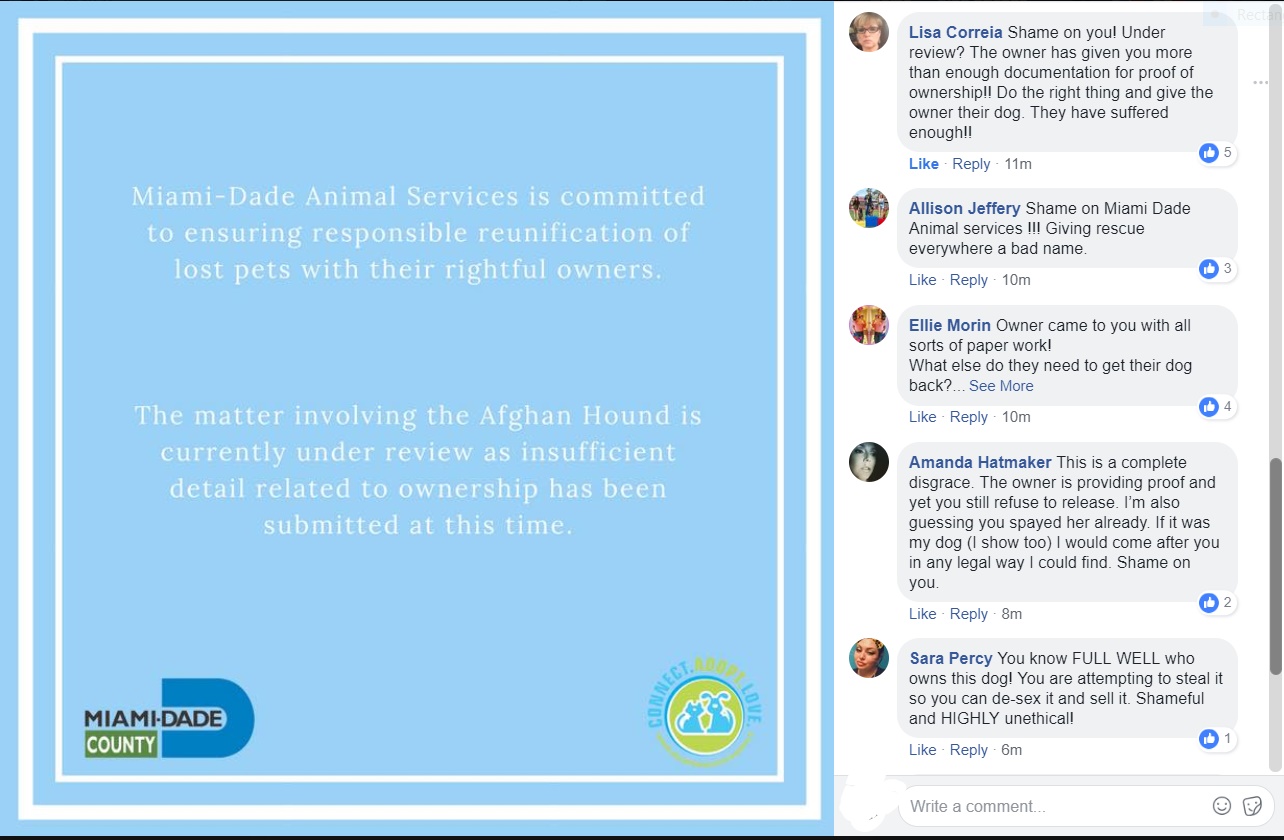 I am hoping this story ends on a happy note and the shelter does the right thing, but I am NOT holding my breath.