Those of us at P4PO keep a “watchlist” of people in authority of whom we should be keeping track, just in case they decide to be the letter of the law rather than follow it. Well, one of those authorities recently decided she didn’t need no stinkin’ badges. And she is one of those figures who needs a nice ego stroke when laying down the law against “evil breeders.”

“Sparks, got into the animal control business after starting out in animal rescue. Her first save was a malnourished and neglected cat that lived in the same Southern California apartment complex as Sparks.

Sparks started her career as a volunteer at the ASPCA, working her way up from kennel cleaning to cruelty investigations. She took courses at a community college and eventually became an animal control officer, working in Portland and Cromwell for four years before joining Bloomfield.

"I needed to affect punishment on the abusers," Sparks said. 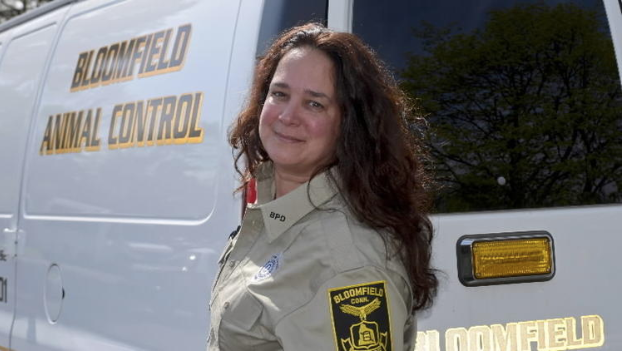 She is important you know! She wrote two books! We won’t link so we don’t give her more traffic but here are the book covers. 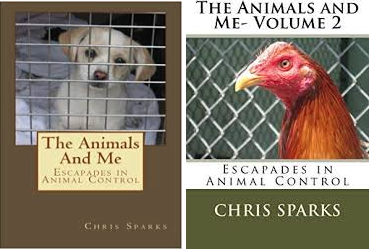 So why is she suddenly in our direct line of sights? Well, it seems we had a message in our inbox telling us that she has executed a raid and seized animals of a prominent breeder. ILLEGALLY!!! (No! We know it doesn’t happen!)

It looks like the call was for a noise complaint of outdoor dogs. She went to investigate the noise complaint and asked to go into the buildings at the breeder’s home. The breeder declined the inspection, demanding that the authorities get a search warrant. The breeder is not a commercial kennel and is not subject to random kennel inspections. Well, Sparky was all buzzed out about this recalcitrance from the breeder and promised she would file a warrant.

According to the warrant the complaint was PHONED IN by a Lindsey Bellanger. Public access records do not show any neighbors directly or in the corresponding neighborhood with anything resembling that name. Hmmm…. (More on Lindsey later ��

And just at the beginning of January, one of the biggest animal rights cells [based out of Bloomfield] had an advocacy for animals conference. This same conference that Sparky has been a guest speaker at in the past. She is an obvious animal rights supporter.

And this group publicly supports that they are in the pockets of some of Connecticut’s legislators to push for “puppy mill bans, ” which will be voted on in the next two weeks.

So yeah maybe just a hot-headed ACO. Or Not.